Journals from The City

Reflections from the margins

My name is Henry Okwaro. I am the pastor of Church for the Lord Faith Healing Ministry, a church located in Komongo in the Korokocho slums in Nairobi. My church has a membership of 85 people comprising of 20 women, 10 men, 35 youth and 20 children. Kogochocho is an informal settlement with an estimated population of 150000 representing people from different ethnic backgrounds from across the country.

Transformation is seen or experienced when certain thing, things person or people’s way of life changes from the usual way of doing things to a different way.

There are certain behaviours in some communities, which are deeply rooted in their lifestyle. These behaviors are often not their cultural practice but things that have been embraced to the extent that it is hard to distinguish these practices from their culture.

When I got saved in the year 1992, the way I used to do things changed as per the teachings I underwent. It became clear to me that no other church or person can experience the power of God the way we were experiencing the presence and power of God in our church hence we saw ourselves as special people, this way of doing things was so dominant in our ministry that we almost became a cult. We could hardly mix with other Christians, as they were “not spiritually upright”. It was not until 2004 when God transferred me to a branch of our ministry, which is situated in Korokocho slums. There, life was at its lowest ebb. This was the beginning of both my spiritual and physical transformation. The experience was challenging, as the way of doing things was so much different from the way I was used to doing things.

Most of the times we dwelt on spiritual matters ignoring the physical things until I was taught Luke 2:52 where it says, “Jesus grew in wisdom, stature, favor with God and favor with man”. This scripture changed my way of thinking and doing things. I realized that preaching alone in this community without touching their lives both spiritually and physically would translate into nothing.

Most people in this community had lost hope in life depending on their history and lifestyle. Some had become so hopeless and lost all sense of direction. I had to socialize with this community to know and understand why they were behaving the way they were. They became my friends, by and by, they embraced salvation one after the other and now they call the church “our church” not “that church”. The sense of ownership has been created in them. Our church members who used to be mugged are no longer targets of the muggers.

Recently our church was broken into at night by thugs. The neighbours rallied one another and chased them away. Nothing was stolen. The neighbours had to organize where to get padlock, they locked the church and kept watch till morning.

The interaction between the  church members (believers) and non-believers is now bearing some fruits. The church is situated in an area where two communities with deep mistrust between them. We have managed to bring these two sides together. Members from the opposing communities now come to worship in the same place; their children also attend the same school that is operated by our church. We also have a ministry to the orphans and vulnerable children programme which caters for children from both communities. As a result, we have witnessed a great reduction in the animosity between the two communities.

The belief that God can only use some special people while bypassing others is false. God can use anybody regardless of ones position in the society. People can rate others according to their own wisdom but, God is no respecter of persons He uses anybody who is ready to be used. Acts 10:34. I now realize how true it is that God does not show favourism but accept men from every nation who fear him and does what is right. One of the transformations I have witnessed in our church is in our leadership. One of our elders used to be “ a chokora” a derogative name for street child because of his troubled background but, he is now transformed and preaching the gospel of resurrected Jesus. He has settled in the church and community and is not only serving the church on a regular basis but runs a business that employs people from the community.  These are some of the transformation stories, my own transformation journey as I have walked and continues to walk with others and received training I received from Center for Transforming Mission. 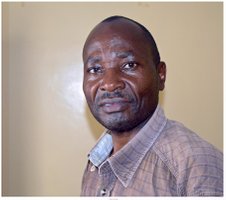